Dirty Jobs: What Work is Ranked Most Dangerous Today?

Some jobs are much more dangerous than others.

While the huge majority of workers in the U.S. are in "safe" jobs, there are those who put their life on the line every day and face both physical and psychological challenges that are unheard of for the rest of us.

Construction, law enforcement, and other high-risk occupations typically offer higher compensation for the additional risk that the work involves.

Police officers and fire fighters do some of the most dangerous work there is. Consider that fact that a police officer can be killed or severely injured in the line of duty any day of the year, and it becomes apparent that law enforcement is right at the top of any "dangerous jobs" list.

Fire fighters also face the risk of death, though less often than police officers. Every year in the U.S. dozens of police officers and fire fighters are killed in the line of duty, often quite unexpectedly. One reason the pay rate for these jobs is high is the inherent danger. Life threatening challenges of putting out a large blaze or bringing in a wanted criminal are at least partly compensated for in pay scales.

Official "dangerous job" rankings usually put construction workers in second place after law enforcement and fire fighters. Depending on the type of construction, danger levels can be quite high. Builders who work with heavy machinery are at the greatest risk of death and severe injury.

In fact, many more construction workers die each year from machine-related accidents than from falls. The public tends to think of skyscraper construction as extremely dangerous. In fact, those who work on tall buildings have one of the lowest rates of injury among all construction employees.

Mining, while not a risky profession per se, is ranked third on dangerous jobs lists due to the risk of cave ins. While rare, mine collapses do happen and have been known to result in multiple deaths. Mining also has many other dangers including gas inhalation and other engineering disasters.

Some people seem to gravitate toward dangerous work for the inherent excitement, higher pay, and sense of adventure. On the other hand, the vast majority of U.S. workers try to avoid dangerous jobs, figuring that the daily stresses of employment are enough of a challenge. But in spite of the high danger level of some types of work, there will always be those who seek out the riskier professions. 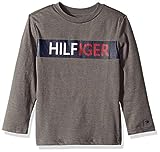 Amazon Affiliate Disclosure: OfftoCollege.com is a participant in the Amazon Services LLC Associates Program, an affiliate advertising program designed to provide a means for sites to earn advertising fees by advertising and linking to Amazon.com. The commission earnings are used to defray our cost of operation.

View our FTC Disclosure for other affiliate information.